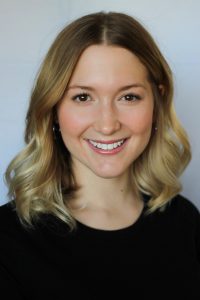 Kelly’s recommender describes her as a fearless advocate for the empowerment of women; a truly compassionate and driven young woman who has already made enormous contributions to the field of engineering. Kelly Watson has also been described as a person of strong moral character that has the ability to make meaningful social impact.

Kelly has found many opportunities to get involved within her immediate community to promote science and engineering. In the past year, Kelly has divided her time between Philadelphia and Houston while working at NASA and Exxon Mobile. Kelly took the initiative to actively seek out advocacy programs within both companies.

During her time at ExxonMobil she was able to spend two work days at two different areas schools: one at rural public elementary school, and the other at an inner city charter school. Kelly leveraged this opportunity to engage and inspire future STEM students. Moreover, Kelly showed students how STEM education has the ability to empower students to answer questions through age appropriate scientific exploration and inquiry. During her time working for NASA, Kelly developed curriculum for elementary students to learn more about space exploration as well as discussed educational pathways to pursue careers at NASA and other STEM careers. Kelly feels that promoting education to middle school students is very rewarding.

One example of Kelly’s commitment to outreach within Madison was her involvement with Camp Badger. Camp Badger is a summer program aimed at introducing underrepresented groups, such as women and underrepresented minorities, to various engineering applications. According to Kelly, the most rewarding aspect of participating in Camp Badger as a counselor was opportunity to get to know and mentor middle schoolers over the course of the program. An example of Kelly’s ability to influence peers was the opportunity to present to the EGR 160 class (a UW-Madison introductory engineering class) regarding her study abroad experience in Singapore. As a result of the presentation, classmates reached out to her to learn more about studying abroad in general and the impact the experience has on one’s education.

Kelly is an emerging leader that has upheld the true spirit of the Denice Denton Legacy. Kelly’s commitment to peer mentoring, inclusive leadership, and educational outreach will have tremendous dividends both for the University of Wisconsin-Madison and our broader community.