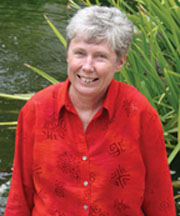 President Klawe is passionate about making science, technology, engineering and math (STEM) education more accessible to diverse groups and has emerged as a national thought leader on women in STEM education. Her work in this area has been featured in the media, including the New York Times and National Public Radio.

President Maria Klawe has taken on numerous leadership positions, and is the recipient of scores of awards and honors. She is a past president of the Association of Computing Machinery (ACM), past chair of the board of trustees of the Anita Borg Institute for Women and Technology, and is a past trustee of the Institute for Pure and Applied Mathematics. Klawe has held leadership positions with the American Mathematical Society, the Computing Research Association, the Society for Industrial and Applied Mathematics and the Canadian Mathematical Society. In addition, Dr. Klawe serves on many boards, including Microsoft Corporation, Broadcom Corporation and the nonprofit Math for America. She is a fellow of the American Academy of Arts & Sciences, a trustee for the Mathematical Sciences Research Institute, and a member of both the Stanford Engineering Advisory Council and the Advisory Council for the Computer Science Teachers Association. She was elected as a fellow of the Association of Computing Machinery in 1996 and as a founding fellow of the Canadian Information Processing Society in 2006. Awards include Vancouver YWCA Women of Distinction Award in Science and Technology (1997); Wired Woman Pioneer (2001); Canadian New Media Educator of the Year (2001); BC Science Council Champion of the Year (2001); University of Alberta Distinguished Alumna; Nico Habermann Award; and honorary doctorates from the University of Maryland, Baltimore County; Acadia University; the University of British Columbia; Dalhousie University; Queen’s University; the University of Waterloo; and Ryerson University.