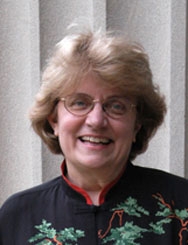 Nancy Hopkins is the Amgen, Inc., Professor of Biology at MIT, where she works in the Center for Cancer Research within the Biology Department. She is a member of the National Academy of Sciences, a fellow of the American Academy of Arts and Sciences, and a member of the Institute of Medicine of the National Academy of Sciences and served on its Council. In addition to her highly recognized scientific work, since 1994 Hopkins has worked to promote women in science. In 1995, she was appointed Chair of the first Committee on Women Faculty in the School of Science at MIT. In 1999, a summary of the findings of her committee (published in the MIT faculty newsletter) came to be known as the MIT Report on Women in Science, and was widely read across the nation. In 2001, Hopkins was appointed Co-Chair of the first Council on Faculty Diversity at MIT.