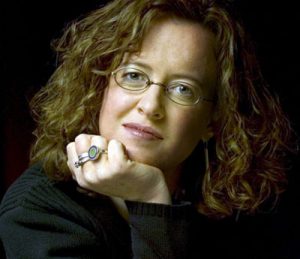 Dr. Genevieve Bell joined Intel in 1998 as a researcher in Corporate Technology Group’s People and Practices Research team — Intel’s first social science oriented research team. She helped drive the company’s first non-U.S. field studies to inform business group strategy and products and conducted groundbreaking work in urban Asia in the early 2000s. Bell has been the driving force behind Intel’s emerging user-experience focus: over the last decade, she has fundamentally changed how Intel envisions, plans, and develops its platforms. Bell currently leads an R&D team of social scientists, interaction designers, human factors engineers, and a range of technology researchers to create the next generation of compelling user experiences across a range of internet-connected devices, platforms, and services. She will drive user-centered experience and design across the compute continuum. Prior to joining Intel, Bell was a lecturer in the Department of Anthropology at Stanford University. She has written more than 25 journal articles and book chapters on a range of subjects focused on the intersection of technology and society. Her book “Divining the Digital Future” is co-authored with Prof. Paul Dourish and published by the MIT Press. Raised in Australia, Bell received her bachelor’s degree in anthropology from Bryn Mawr College in 1990. She received her master’s and doctorate degrees in anthropology from Stanford University in 1993 and 1998, respectively.